TypeScript + React: Why I don't use React.FC

In my recent article on TypeScript and React component patterns I’ve stated that I don’t use the built-in type React.FC<> but rather be explicit with typing children. I didn’t state why, and it sparked some interest. That’s why I want to elaborate a little bit.

Please note that this is just an opinion, not a suggestion or anything else. If you like to use React.FC and it works for you, please continue to do so! That’s totally fine and sometimes I do so as well! And let’s be serious: There are different problems out there that need discussion and are more enough a reason to get angry. So don’t waste your time getting too emotional about code styles. But if you like to get new ideas, please continue!

Hat tip to Martin Hochel who wrote about not using React.FC ages ago in his piece on component patterns.

In React you have two ways of defining components.

Since React was not written in TypeScript, the community provides types with the @types/react package. In there is a generic type called FC that allows us to type our function components, like this:

Personally, I think the type is excellent as it covers everything that function components can be and allow in just a couple lines of code:

See GitHub for reference. Still, I’m not using it. So why?

1. You type a function, not its arguments #

React.FC types a function. That’s in its name, function component. Function types are really hard to apply to regularly named functions. Where do you put the function type in code like this:

You can use an anonymous function and assign it to a const/variable:

Or use arrow functions like in the example above. But we totally exclude simple, regular functions.

If we don’t type functions, but rather its properties, we can use any form of functions to achieve our goal:

And yes, even in times of arrow functions and transpilation, writing regular, old, boring, working, and simple named functions is totally valid! And nice!

This is also an argument Martin makes in his original article. Typing with React.FC<> opens your components for children. For example:

And to be fair, handling children types is not TypeScript’s strength. But getting at least the information that there shouldn’t be children in the first place helps.

Be explicit. State that your component is using children when it really needs to! I wrote a WithChildren helper type for that.

Works just as well and has one big benefit…

If you are not using Preact, you should! It does the same thing, the preact/compat package makes sure you are compatible with the React ecosystem. You can save up to 100 KB of production size and you are using an independent library!

Recently I started moving all my React projects to Preact. Preact is written in TypeScript (with JSDoc annotations), so you get all the good typing information with an installation of Preact. Everything from @types/react isn’t compatible anymore. Since React.FC is tacked on, you would need to refactor all your existing code to something that, well, would mimic simple functions with typed props anyways.

defaultProps is a relic from class-based React where you were able to set default values to your props. With function components, this is now basic JavaScript as you can see here. Still, you might get into some situations where setting defaultProps (or other static properties) is still necessary.

Since version 3.1, TypeScript has a mechanism to understand defaultProps and can set default values based on the values you set. However, React.FC types defaultProps, and thus breaks the connection to use them as default values. So this one breaks:

Not using FC but just a function (regular, named, anonymous, arrow, whatever) with typed props works!

So those are a couple of arguments I have to not use React.FC. That being said, I think it’s totally legit and fine to use React.FC if it’s good and well for your workflow. I’ve been using it a lot in the past and well, it works! So please don’t feel pushed to change your coding style if you can run with it.

But maybe you see that typing props can be much simpler, much closer to JavaScript. And maybe this suits your coding style more! 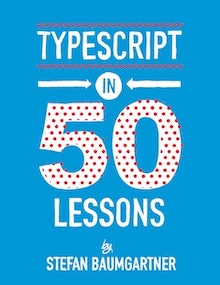 In defense of any

Read more on TypeScript: In defense of any