I originally wanted to launch my new website on June 1st, but there were more important things happening at the moment than relaunching a tech blog. Truth be told, it was really hard for me focussing on anything else but the protest. The ongoing protests have not lost any importance. Do your part and educate yourself and be an ally.

Welcome to the new fettblog.eu! Over the last couple of months I decided to make the fourth big relaunch of my website.

A bit of history #

But the Jamstack evolved. A lot. This is why I wanted to move to something new and more flexible. Using a build process that I can control and getting benefits of branch builds, flexible static site generators, and possibly functions. Here’s how I approached the relaunch:

I’ve chosen 11ty for my static site generator. On the surface it felt like a drop-in replacement for Jekyll due to the way they transform markdown files to HTML pages, and all the metadata you get for free by using a file name pattern.

But this is just the surface. It is so much more than that and I’m going to blog about my findings soon. I love that I can reduce front-matter to a bare minimum. A title, some categories. The rest is done with per-folder metadata files. This is pure magic!

I also create title cards for each of my 150 posts in SVG. I render about 400 objects. It doesn’t take me more than 2.5 seconds. This is ludicrous speed. I’m more than amazed by the flexibility, the power and the sheer performance. Hat tip to Max Böck’s excellent boilerplate and Chris Coyier’s conferences website. They proved to be invaluable resources to me.

The concept of how 11ty handles data, content and templates is pretty unique and allows for tons of pages to be generated without much maintenance. One piece that wouldn’t work without 11ty’s power is the Cinema section. It’s a YAML file that I maintain, and I get excellent web pages for free.

I haven’t changed hosts since January 2014. Hosting static sites is an easy thing, but getting there is now fundamentally different. After trying out a couple of different Jamstack hosts I ended up with Vercel. I had a Vercel account for years, but this is the first major project that I’m publishing there. There are no limits in build time and traffic as long as it’s fair use. Their integration is remarkably easy, the UI is clean and informative.

But the best thing is their speed. The lead time for a Vercel build is less tan 25 seconds. Triggering version control, fetching updates, installing dependencies, building, caching, deploying. The site is published where other vendors haven’t even started yet.

I spent a lot of time creating a build pipeline for Jamstack in-house. And getting a fast pipeline where deployments felt natural was one of the biggest challenges. This speed that you gain from using a tailored infrastructure is incredible. Vercel is really a ton of fun to use.

I moved to Vercel about a month ago. Even transferring the domain was more than easy. Nobody figured out that I switched. The only person who can see that is me, because suddenly cache hits in Cloudflare dropped.

If you have an idea why, please drop me a line.

I’m not that much of a designer. But I had fun toying around with gradients, colors, fonts and layouts. I tried to design in Figma or Sketch, but in the end, especially when dealing with layouts, the browser and CSS was my top choice. It allowed me safely to play with shadows, subtle gradients, colors, and more.

Designing in the browser was fun, but due to me focussing on looks rather than CSS rules, my CSS ended up to be quite a mess. This is something I desperately want to refactor at some point.

Huge inspirations for the re-design where CSS Tricks and Smashing Magazine. But all just me, with no skills and no talent. I still like it, though. And after getting used to this design, it is really hard to watch the old page.

Regarding colors, I went to coolors and got inspired by their trending palettes. First I tried to take my main color from the old design and see what coolors had to offer. The result was interesting, it was a 5 color palette with basically every color that I’ve used in the old design.

After some browsing I got inspired by this one. It felt like JavaScript on the left, TypeScript on the right, fun and colors in the middle. 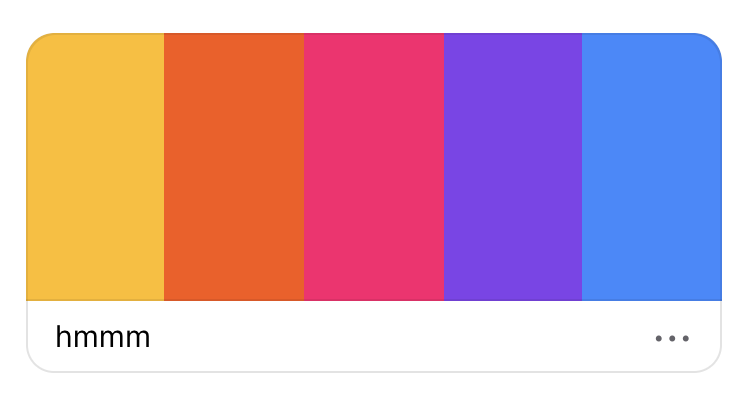 I took the colors and made all sorts of gradients out of it. They are everyhwere, literally. There are subtle gradients, subtle color nuances, and shadows with those colors on almost every element. I tried to keep the colors as subtle as possible, except where they were supposed to scream.

I maybe overused some techniques and tips shown in Refactoring UI by Steve Schoger and Adam Wathan. Don’t be mad at me, Steve!

I also used the relaunch to make some content updates that were important to me.

I think that’s it. I learned a lot in the last couple of weeks and had tremendous fun with it.

If you find anything unusual, a broken link or some missing info, please drop me a line. I highly appreciate it!

Remake, Remodel! Part Three: How to switch from Wordpress to Jekyll

Read more on Remake, Remodel! Part Three: How to switch from Wordpress to Jekyll