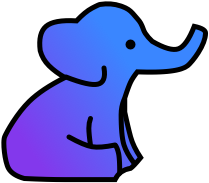 Hello everyone to the latest edition of the fettblog.eu newsletter. This time, I dedicate a special block to federated learning of cohorts – Google’s newest non-tracking-cookie tracking cookie. I don’t have an opinion on the topic yet, but I gathered several resources to see what it is about. And I want to share it with you!

Other than that, get some nice learning materials for Rust, Accessibility, and single-page applications, as well as some code fonts to make your co-workers’ scratch their heads!

I’m super happy to announce that I’ll be hosting an online workshop together with my friends from Smashing Magazine. It’s called the TypeScript Masterclass and is held over 5 days for 2 hours each, giving you an opportunity to include it into your day-to-day workflow. We’ll feature tooling, the type system, and focus almost exclusively on examples. Taking a couple of real-world JavaScript applications that we make more type-safe together. It’ll be fun!

Next up, articles and site taking a different point of view.

Am I FLoCed - A website telling you if your browser uses FLoC, with further information on what FLoCs actually are.

Why Brave disables FLoC - I started using Brave as my main browser a year ago. I like how Brave is doing advertisements and blocks trackers, and ever since I started using it, all the weird coincidences where I get advertisements on electric drills just by thinking about them have disappeared. Peace of mind. Brave has its own stance on FLoC and is telling you why they are a bad idea.

Rust - Get Started - Microsoft has published a 5 hour long written online course on Rust. Split up in smaller chunks with examples and exercises. The mode is pretty similar to what I’ve done with TypeScript in 50 Lessons, so if this style is more up your alley, go for it!

Comic Mono Ever looked at Comic Sans and thought “Damn, I wished this was a code editor font?”. Look no more! Comic Mono combines the unique style and undeniable legibility of the world’s most loved and hated font with the ergonomics of a code editor font. I can’t believe I’m posting this.

Accessible Vue - I had the opportunity to talk to Marcus Hermann about accessible SPAs. He did extensive research on this topic and has lots of knowledge from the project he has been involved in. He collected all of his knowledge in the Accessible Vue book which I can highly recommend. See Vue as a hook for you, the knowledge you gain is ubiquitous. It’s 20 USD and totally worth it. Support independent publishers!

template-jsx – A 13-year-old student from the local coder dojo didn’t like using template engines in his Node.js apps, so he developed his own TypeScript-based, Node.js/JSX framework. It’s super fun to use! Alvin – it’s creator – would be thrilled if you can leave a star on his GitHub repo!

HistoryJS: Tom Occhino and Jordan Walke – JS Apps at Facebook – another piece from my HistoryJS playlist. This time it’s the introduction of React at JSConf 2013! Yes, it’s been that long. Very interesting to see the motivations behind React and JSX, and how React looked like back then. Folks didn’t like it!

Rob Pike – Go Concurrency Patterns – Go is famous for easy concurrency supported by the language itself. This talk is the mother of all Go Concurrency talks by Rob Pike himself. Highly recommended if you want to get a glimpse of how concurrency could work, even if you don’t write Go.

Sadly, I can’t link any new articles at the moment. Way too many things on my plate right now, but I hope to be able to finish all the drafts that I started.