One of the major changes in Gulp 4 is the new task execution system. In this article, I want to show you what’s new and how you can migrate the best.

Before we take a look at the new, let’s see what was there previously. Usually, Gulp would allow defining a dependency to a task. It would make sure that this dependency task gets executed before the original task gets triggered. Look at this code:

A very basic Gulpfile. You want to build scripts and styles, but before you do so, clean the original build directory so you can start at a blank slate. The syntax is very elegant and similar to those of other build tools.

When Gulp’s started, it creates a dependency tree like the one below. 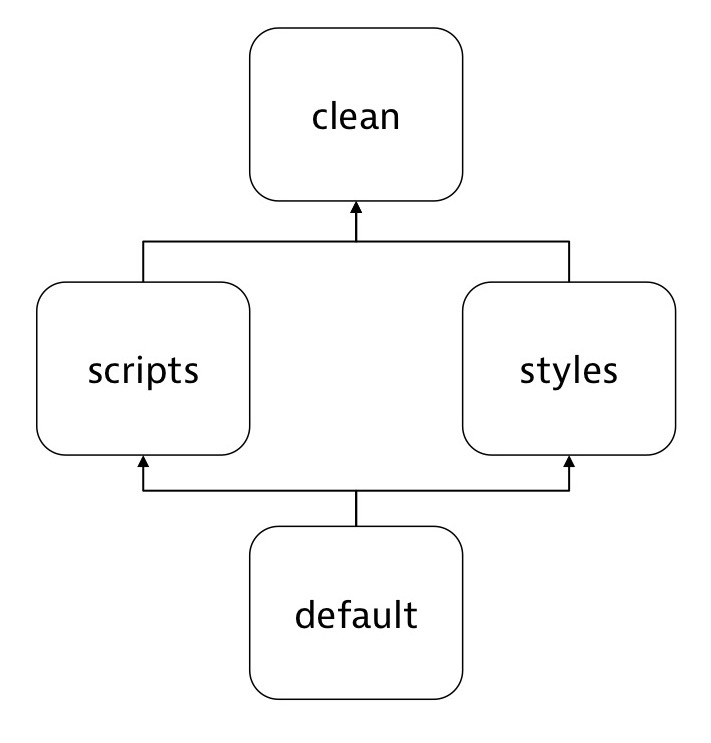 So it realizes that clean is a dependency of two tasks. In this way, it makes sure that it is executed only once.

One thing to keep in mind there: All those tasks are executed for maximum concurrency. So the execution order is something like shown in the next figure. 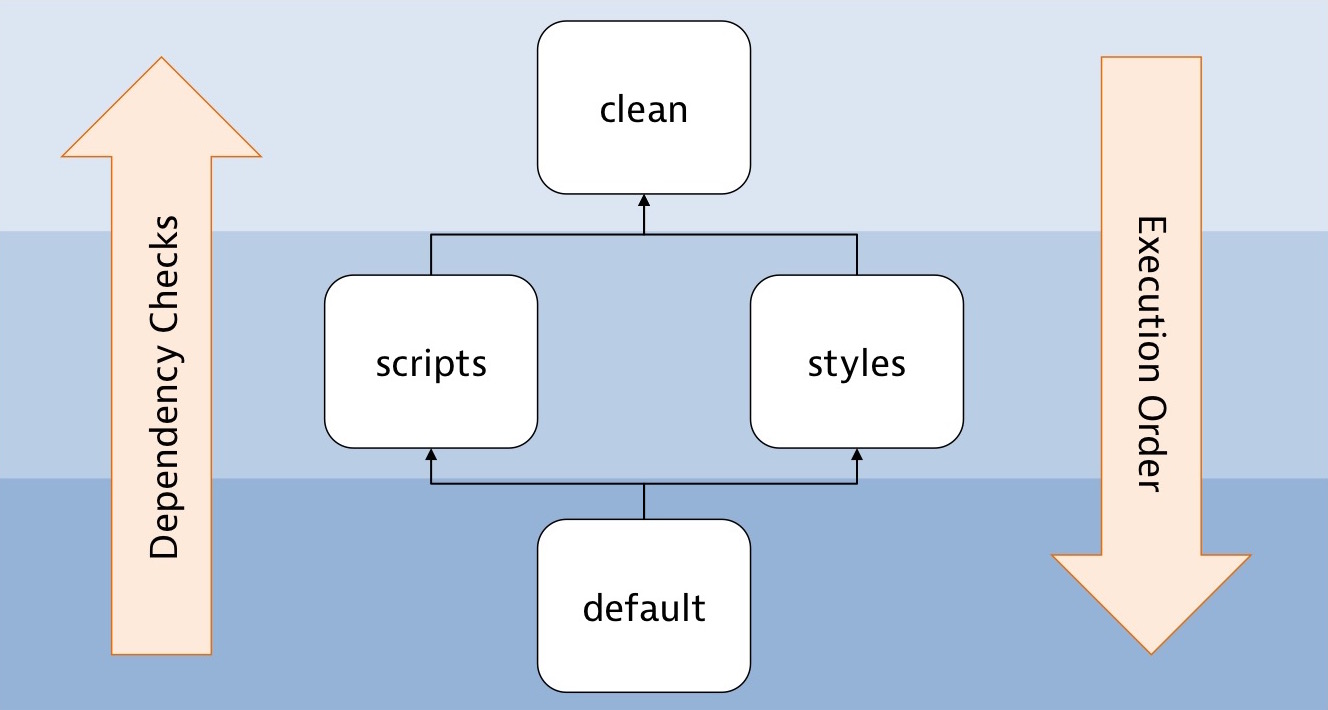 First clean, then scripts and styles in parallel, and after that we can execute the default task function.

There are however several problems with it:

One Gulp plugin that tried to bridge the gap here was run-sequence. It’s functionality is now part of Gulp 4 with the addition of the new task manager “Undertaker”.

Gulp 4 drops the dependency parameter completely and replaces them with execution functions that can be used instead:

Each of those functions allow for parameters of the following kind:

So if you want to execute styles and scripts in parallel, you can write something like this:

The cool thing is, gulp.parallel and gulp.series are functions, and accept functions. So you can nest them as much as you want, creating complex execution orders: 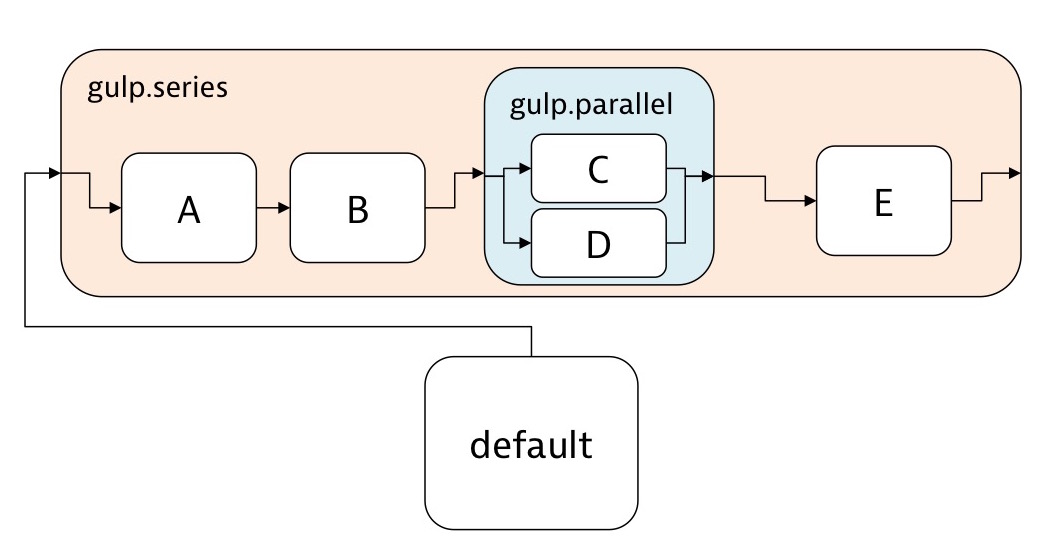 The execution of the graph above is: A, then B, then C and D parallel, then E.

Since we aim for the maximum currency, one would think to replace all dependency arrays with gulp.parallel functions, like that:

The first problem with this approach is that clean always gets executed with the actual task that creates the output. In a concurrent world, this can mean that we immediately delete the files we created. We don’t want that. So let’s exchange the tasks that are meant to be executed after another with gulp.series.

Better. However, there are still problems. First of all, the dependency is still hard-wired: “Clean” gets called every time we call scripts or styles.

Second, Gulp 4 does not have any dependency check (because they aren’t dependencies) anymore, so our execution tree looks something like that: 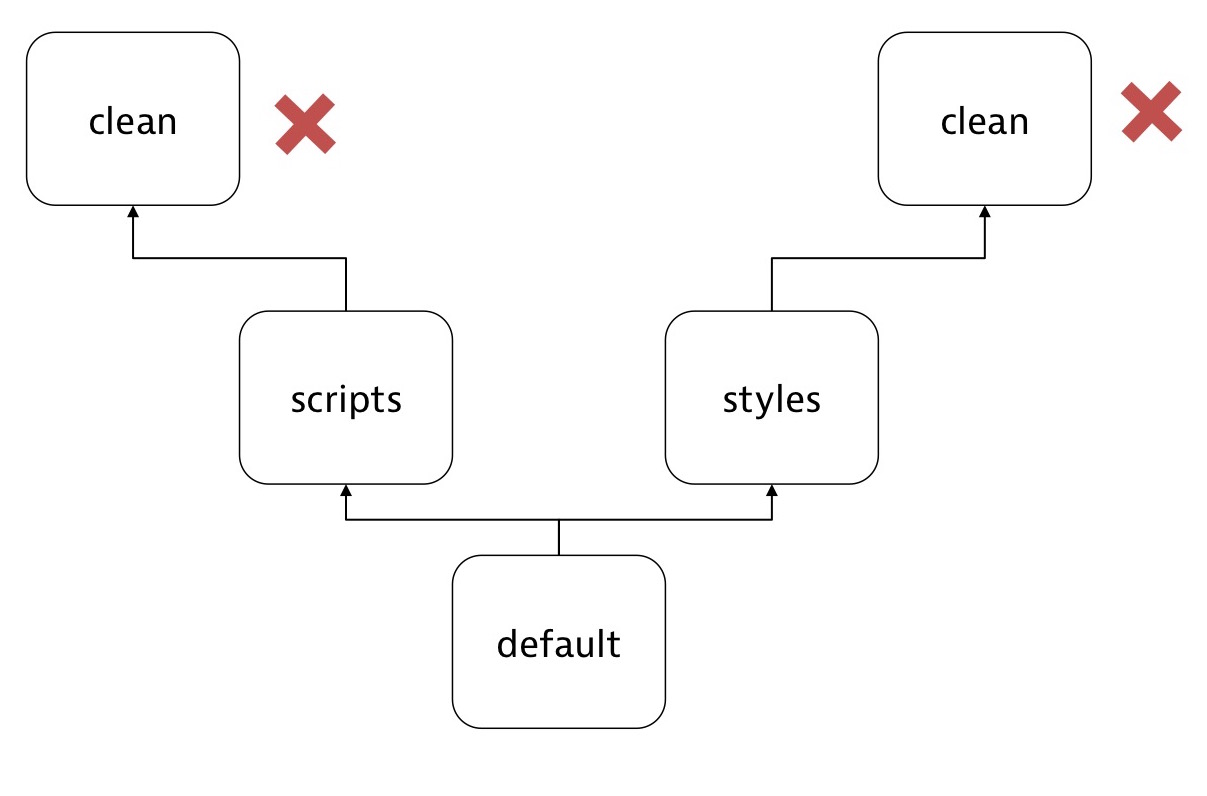 “Clean” gets executed twice. This is fatal, because it might actually be that results from one task would be deleted by the next execution tree.

The execution order of the tasks in the original tree are: clean, styles and scripts in parallel, and then the default task.

Each step that can be done in concurrent will be combined in a gulp.parallel function. The others are ordered in a gulp.series function. Like that: 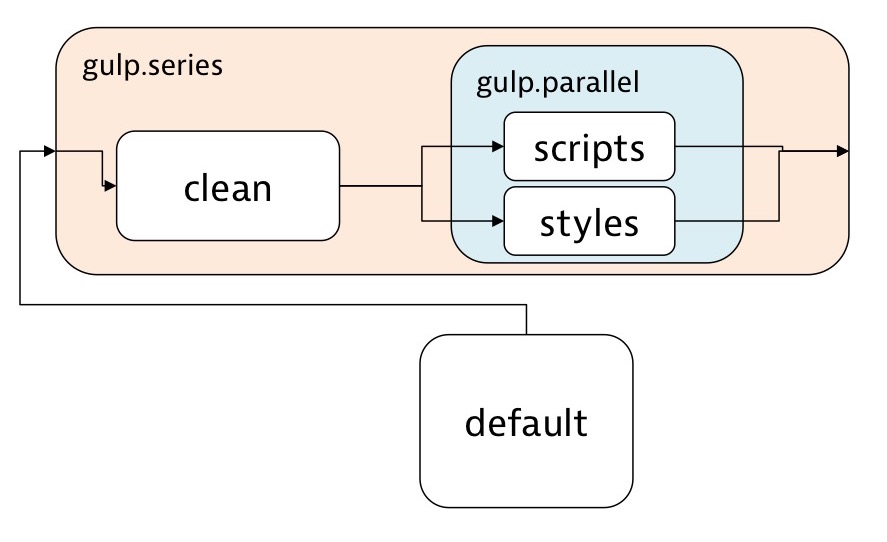 The execution order at default stays the same as previously, but all the other tasks can be used on their own, without being bound on dependencies.