No tutorials or tech guides today, this is something rather personal! Yesterday while waiting for the launch of Netflix I got an E-Mail that the original Dragon Quest is available for Smartphones, making it the first time that this game makes it to Europe since its original release in 1986.

I’ve always been a huge fan of the series and Dragon Quest played an essential role in me becoming a web developer. Back in the days I was maintaining a little pet project which I called The Dragon’s Hoard. It was essentially a website about all things Dragon Quest: News, community and especially guides. There were some walkthroughs scratching on the 100 pages mark, not counting images, with a lot of information on almost every part of an entry in the series. 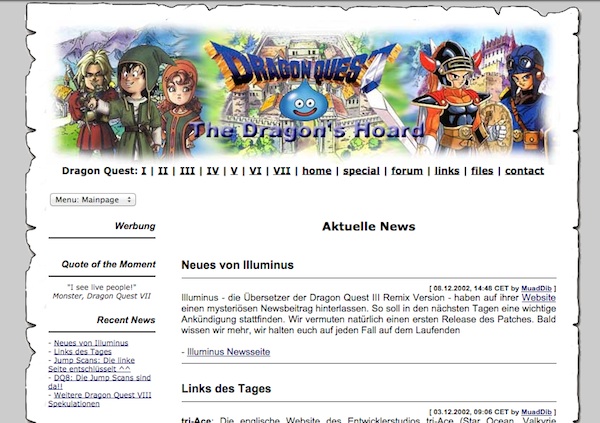 What started as something rather small grew beyond my belief when Dragon Quest finally became a thing in Europe, with the release of Dragon Quest VIII: The Journey of the Cursed King in 2006. Then, things started to get nuts, and dragonquest.at - as I called it then - was the number on spot for German fans of the series to get their information and to have some sort of community.

The funny thing is, that without me spending hours and hours of free time into this project, I would’ve never become a professional web developer. I started back in 1998 with gaming fan sites, and dragonquest.at kept me going throughout the 2000s. It evolved from a table layout page where one single person would do everything in code by himself, passing shortly the Wiki and web 2.0 collaborative craze, to some sort of multi-user beast with a forum and some Wordpress installation. I tried everything with the website to find the best way to present the content and give good information for the fans. In 2014, I guess I would’ve recreated it with a static site generator. Plus interactive maps where big on my list back in the day. I learned about every technology and made all the mistakes a developer has to make with this very project.

The turning point was when Nintendo themselves offered me to “pimp my website” for free, because it was the place where the DQ community met. Ironically, things went downhill for the project from there on. Mostly because I asked myself: “If the things you do with your page are so loved by everyone, and you hate your job so much, why don’t you do what you love most and try to get some money for it?”. This was when I joined the business. Almost four years ago. I got my fix now in other projects. 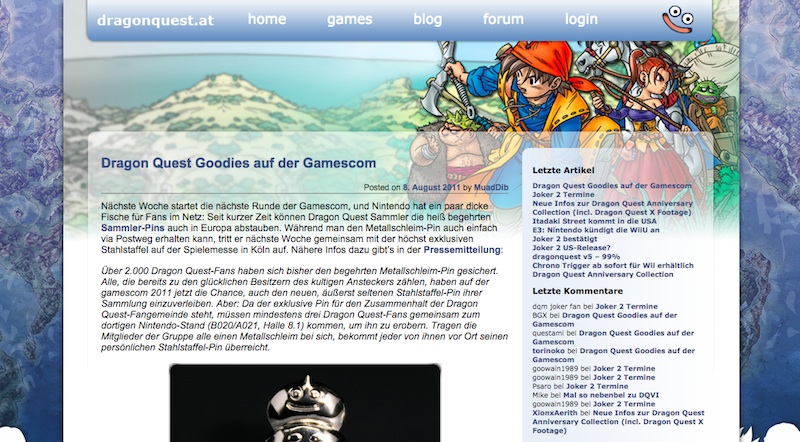 Sometime in 2012 there was some crash on my server, and all dragonquest.at contents where supposed to be gone. I was happy to find some backup in form of a wordpress.xml several weeks ago and did not know what to do with it.

The decision came yesterday: Just put everything open source, and let guys who love doing stuff with it take whatever they need.

You will find the XML file as well as a generated Jekyll page on GitHub - Just the texts, unfortunately. Also, you can get a glimpse of all the contents by visiting a subsection of this site. Might look broken, but all the 900 pages should be intact.

Some of those contents are from my good friend Icks and are still available in its full glory on his website. Mate, if you don’t want to have your stuff in the repo, just ping me!

Other than that, take them and enjoy it. If you intent to put something from that on your own website, be fair and post a link back to the repository.

Thank you, Dragon Quest, for letting me find my purpose and having some really good time in over ten years. 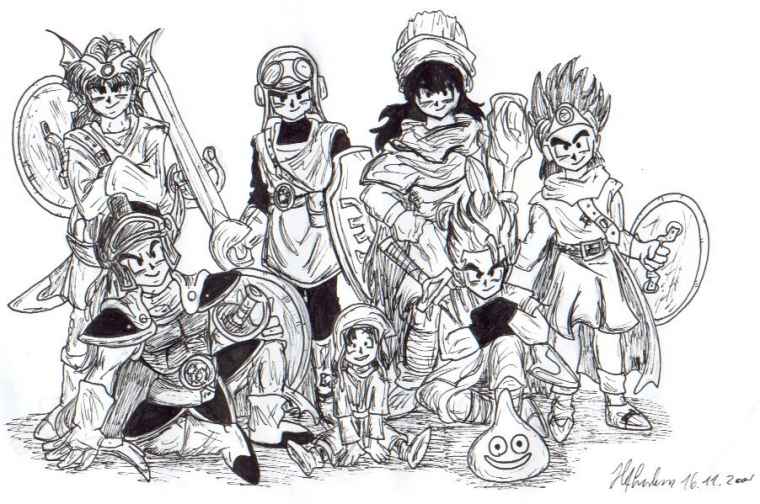 Btw. if you are stuck with the first Dragon Quest game. Here’s a (German) walthrough

My podcast journey to ScriptCast

Read more on My podcast journey to ScriptCast

Read more on Interview with bugtrackers.io